Navigate complex transactions for office space in suburban or metropolitan areas with help from the experienced professionals at Stan Johnson Company.

Your complex investment grade office property is in good hands with Stan Johnson Company. We are dedicated to exceeding your expectations with solutions tailored to you and your business needs. We offer a robust network of institutional and private investors to place your asset in a competitive bidding environment. Getting you more than expected on your net lease office asset. 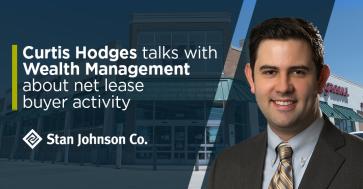 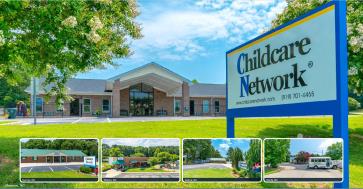 Press
Stan Johnson Company Brokers Portfolio Sale of 5 Childcare Network Centers in North Carolina
Stan Johnson Company, one of commercial real estate’s leading investment sales brokerage firms, has completed the sale of a multi-tenant property portfolio leased to Child Development Schools, Inc., the seventh largest early education and childcare provider in the country. The five properties are located in the cities of Wilson, Kenly, Benson, Garner and Selma, North Carolina and total 31,421 square feet. Milo Spector represented the seller, a private investor based in Wilson, North Carolina. The Raleigh-based buyer acquired the properties for approximately $5.7 million.  “This is a unique transaction due to the size of the portfolio and the low price point comparatively to other early education portfolios of its size,” said Spector, Director in Stan Johnson Company’s Walnut Creek, California office. “This transaction demonstrated the value of diversification that is desired by investors who don’t necessarily have $10+ million to spend. The small portfolio space is a very unique space that allows smaller investors to still accomplish these diversification goals.”  The established tenant, Child Development Schools, Inc., was founded in 1988 with over 200 locations. All five properties are located within 45 miles of downtown Raleigh, one of the fastest growing cities in the country. Each asset operates on a triple net lease.  “There was a lot of demand for this portfolio, and we were able to source multiple offers, but ended up securing a local buyer, demonstrating our company’s ability to reach both national and regional buyers,” added Spector. 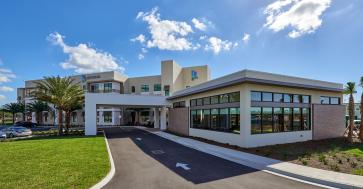 Press
Stan Johnson Company Arranges 1031 Exchange of Fort Myers, Florida Nursing Facility for $46.7 Million
Stan Johnson Company, one of commercial real estate’s leading investment sales brokerage firms, has completed the sale of a four-star skilled nursing facility located at 13960 Plantation Road in Fort Myers, Florida. The 57,650-square-foot building is fully leased to Lee Memorial Health, a Southwest Florida community-owned health system. The seller was a Florida-based developer. Stan Johnson Company’s Jason Maier represented the 1031 exchange buyer, a private investor based in New York. The asset was acquired for $46.7 million.   “We are excited to have been a part of this dynamic transaction. Fort Myers has been a strong growing market in Florida and has undergone a very rapid expansion in recent years. Lee Memorial is by far the dominant and most prestigious hospital in the area with an unbelievable management and executive team,” said Maier, Senior Director in Stan Johnson Company’s New York office. “We believe the acquisition of this state-of-the-art facility will provide our client with both long-term stable income and huge upside appreciation through rental rate growth and land value appreciation.”  The facility was built in 2018 and is situated on 4.28 acres in a southern suburb of Fort Myers on Florida’s west coast. The property is strategically located in the Gulf Coast Medical Park and is situated on the Lee Memorial Hospital Main Campus with direct access to the emergency room and main hospital building via a reciprocal access agreement. The building serves as a long-term acute care, inpatient, and outpatient facility serving Lee Memorial patients. The Gulf Coast Medical Center houses a trauma center and neuroscience institute, as well as orthopedic, oncology and cardiology services. The property was under a long-term triple net lease at the time of sale, with strong annual increases and is guaranteed by Lee Memorial Health Systems.
Top