Market data, charts & graphs: current and historical trends for single-tenant office, industrial and retail properties, as well as multi-tenant retail Overall market trends Market summary & analysis Economic data points hbspt.forms.create({ region: "na1", portalId: "7279330", formId: "d5cea127-0985-4756-8591-d452dc67de3a" }); Following a record-setting 2021 with unprecedented levels of investment sales activity in the final quarter of the year, there was no expectation that the single-tenant net lease market was positioned for back-to-back quarters of such volume. Instead, predictions called... 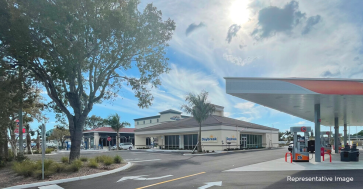 Press
Stan Johnson Company Brokers 1031 Exchange Acquisition of Single-Tenant Retail Property Near Jacksonville, Florida for $9.7 Million
Stan Johnson Company, one of commercial real estate’s leading investment sales brokerage firms, has completed the sale of a 4,800-square-foot single-tenant retail property located at 820 Canaveral Trace in Middleburg, Florida. The Jacksonville-area convenience store and fueling station is fully leased to Daybreak Market on a long-term absolute triple net lease. BJ Feller of Stan Johnson Company represented the buyer. The property traded for more than $9.7 million, although the cap rate was not disclosed.  “This was an excellent addition to our client’s portfolio as they looked to reposition their real estate via 1031 exchange and optimize it for their long-term, multi-generational holding strategy,” said Feller, Managing Director and Partner in Stan Johnson Company’s Chicago, Illinois office. “We successfully ensured a smooth upleg and downleg, including placing the Daybreak Market under contract during the completion of construction. We very much enjoyed the repeat collaboration with Plaza Street Partners and CIA Commercial Advisors.”  The large format store reflects the tenant’s latest prototype, and construction was completed in late 2021. The property is situated on 2.26 acres and features 16 fueling stations. The site benefits from strong demographics in the immediate area, along with high traffic counts, proximity to schools and national retailers in the vicinity including Publix and Dollar General, among others. 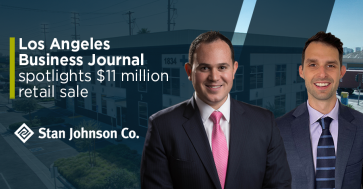 Press
Long Beach Cannabis Dispensary Sells for $11 M
Originally published by Los Angeles Business Journal A cannabis dispensary in Long Beach known as The Bakerie has sold for $11 million.  The 8,288-square-foot retail property is located at 1836 Harbor Ave. It sits on .74 acres.  A foreign investor purchased the property from a Michigan-based private investor.  Stan Johnson Co.’s Christian Tremblay and Isaiah Harf represented the seller, while CBRE Group Inc.’s Edwin Mariscal represented the buyer.  “This is the largest recorded retail dispensary sale in the state of California, and we are honored to have assisted our client in getting this property sold,” Tremblay said in a statement. “We have seen an increase in demand for cannabis assets due to their attractive yields in the current net lease environment and their high sales on a per square foot basis. Additionally, with the potential of safe banking and lending options continuing to evolve, we anticipate this demand to continue.”  In a net lease, tenants can be responsible for everything from maintenance to property taxes. These assets are incredibly desirable to owners because they come with guaranteed monthly income without the burden of maintenance and other expenses, making them a bond-like investment, experts agree.  In 2021, net lease investment volume nationwide increased 48% over 2020 levels to $92.1 billion, according to data from CBRE Group Inc.  The retail sector, the group found, accounted for 14.5% of net lease properties.  Both suburban and downtown Long Beach saw retail vacancy rates of 3.3% during the fourth quarter, compared with the 6% vacancy rate seen in the Greater L.A. area as a whole, according to CBRE data.  Asking rent for retail properties in downtown Long Beach was $3.50 a square foot, compared with $2.20 a square foot in suburban Long Beach and $1.81 a square foot in the greater L.A. area.  The Bakerie launched in 2020 and its Long Beach dispensary is co-branded with Lemonnade, a cannabis brand. 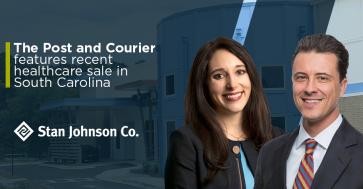