Market data, charts & graphs: current and historical trends for single-tenant office, industrial and retail properties, as well as multi-tenant retail Overall market trends Market summary & analysis Economic data points To download a copy of this report, please provide the following information: hbspt.forms.create({ region: "na1", portalId: "7279330", formId: "bb809225-7e92-422a-99c4-b811081e4f61" }); With an absence of new, shocking headlines to begin the second half of 2022, the commercial real estate market continues to face the same external influences that will undoubtedly impact how we... 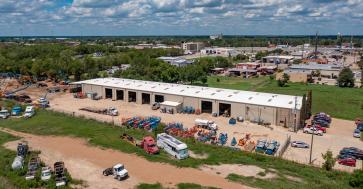 Press
Northmarq Brokers $5.6 Million Sale of Industrial Outdoor Storage Property West of Houston, Texas
Northmarq investment sales brokers Zach Harris, Senior Vice President, and Mark Grossman, Associate, completed the sale of a single-tenant industrial outdoor storage property leased to H&amp;E Equipment Services, one of the largest integrated equipment services companies in the U.S. The 27,211-square-foot facility is located at 509 FM 359 in Brookshire, Texas. Harris and Grossman represented the seller, a private investor based in Nevada. A Texas-based developer acquired the asset for approximately $5.6 million.  “This was a very successful transaction for all parties involved. The seller achieved their desired proceeds, within a few basis points of ask,” said Grossman. “For the buyer, it was a great opportunity to acquire an industrial outdoor storage property leased to a top equipment rental company on a long-term lease with CPI-based rental increases in their home market.”    The building is situated on 5.22 acres, providing a large yard for storing equipment for rental and sale. The facility is located just off Interstate 10 in a strong and growing industrial submarket on the western side of the Houston MSA. The property was built in 1980 and renovated for the tenant in 2014.  “Our team has had success specializing in the industrial outdoor storage (IOS) and industrial service facility (ISF) asset category,” added Grossman. “This transaction represents another successful closing in this arena and demonstrates the continued demand in the marketplace for strong operators in the IOS/ISF sector.” 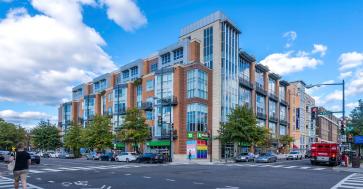 Press
Northmarq Announces $7.6 Million Sale of TD Bank Property in Downtown Washington, D.C.
Northmarq investment sales broker Isaiah Harf completed the sale of a 4,403-square-foot retail condo on the ground floor of the Metropole Condominiums located at 1515 15th Street Northwest in Washington, D.C. The property is fully leased to TD Bank, one of the largest banks in the United States. Harf represented the seller, a private investor based in Maryland. The California-based 1031 exchange buyer acquired the asset for approximately $7.6 million.   “This was a very challenging environment to close this transaction in with rising interest rates daily,” said Harf. “In the end, the purchaser pushed through, and we closed in a timely manner.”  The property was built in 2008 and is situated in one of the fastest growing neighborhoods in downtown Washington, D.C., Logan Circle. The property boasts outstanding demographics with over 416,000 residents with an average household income of over $157,000 within a three-mile radius. Neighboring national retailers include Whole Foods Market, Chipotle, Wawa, CVS Pharmacy and more. 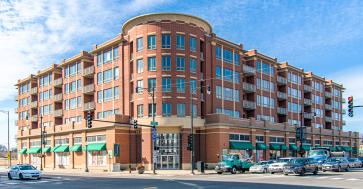