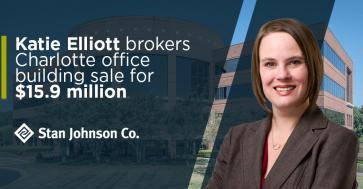 News & Insights
Charlotte Office Building Fetches Double Its Purchase Price From 2017
Originally published by Charlotte Business Journal A Charleston, West Virginia-based company recently acquired its second office building in Charlotte. RealCo purchased Live Oak, an 81,921-square-foot office building at 8701 Red Oak Blvd., for about $15.88 million on Dec. 16, according to Mecklenburg County real estate records. It bought the property from Tempus Realty. The five-story building, off West Arrowood Road and near Interstate 77, was 100% occupied at the time of the sale to tenants such as Beckhoff Automation, Accordius Health and Martineau King. Tempus Realty was represented by CBRE’s Patrick Gildea, Matt Smith and Grayson Hawkins. Katie Elliott of the Stan Johnson Co. and JLL’s Paul Hanna represented RealCo in the transaction. Tempus Realty purchased the property — built in 1989 — for $7.8 million in 2017. The building has since received HVAC upgrades, an elevator modernization and lobby renovations, totaling more than $1 million. “While scrutinized during the pandemic, suburban office tenants remain active from a leasing and capital markets standpoint,” Gildea said. He noted that "the airport submarket in particular is witnessing strong activity." RealCo first entered the market in 2010 with the acquisition of an office property at 13730 S. Point Blvd. The company paid $2.63 million for that 5.37-acre site, according to Mecklenburg County records. "Charlotte remains at the top of the list for out-of-market investors," Smith said. "The South End and CBD continue to grab the headlines, but new-to-market capital continues to invest in all areas of Charlotte." 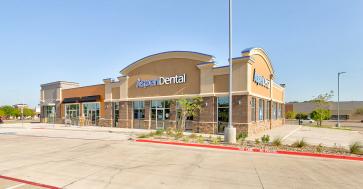 Press
Stan Johnson Company Arranges 1031 Exchange Sale of Westover Village Shopping Center in Fort Worth, Texas
Stan Johnson Company, one of commercial real estate’s leading investment sales brokerage firms, has completed the sale of Westover Village located at 751 Alta Mere Drive in Fort Worth, Texas. The 7,500-square-foot unanchored shopping center was marketed on behalf of ownership by Anne Perrault of Stan Johnson Company. The center was acquired by a 1031 exchange buyer based out of Dallas, Texas. “We were able to secure multiple offers during our pre-marketing phase, ultimately signing up the deal at the anticipated full asking price,” said Perrault, Director in Stan Johnson Company’s Tulsa, Oklahoma headquarters. “This high-quality Target outparcel was a great fit for the selected buyer’s 1031 exchange.” Situated on 1.2 acres just eight miles from downtown Fort Worth, the strip center was constructed in 2021 and is fully leased to three tenants: Aspen Dental, Visionworks and Tropical Smoothie Cafe. All tenants operate on long-term net leases. The shopping center is an outparcel to a free-standing Target with other neighboring retailers including Burlington, Big Lots and ALDI, among others. 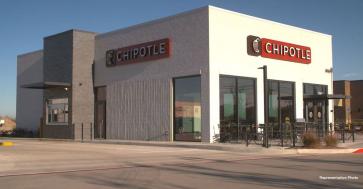 Press
Stan Johnson Company Represents Texas Developer in the Sale of a Chipotle Restaurant
Stan Johnson Company, one of commercial real estate’s leading investment sales brokerage firms, has completed the sale of a quick service restaurant located at 2741 Southwest Military Drive in San Antonio, Texas. The 2,336-square-foot retail property is fully leased to Chipotle. Anne Perrault of Stan Johnson Company represented the seller, a Dallas, Texas-based developer. The 1031 exchange buyer was a private equity group located in Charlotte, North Carolina. “This particular asset was in a core, major Texas metro area, and with a long-term corporate Chipotle lease, the property received a lot of attention from the market,” said Perrault, Director in Stan Johnson Company’s Tulsa, Oklahoma headquarters. “We were very excited for the developer to close the deal at an outstanding cap rate.” The newly built property is located less than half a mile from San Antonio’s South Park Mall and other national retailers including Target, Academy Sports + Outdoors, Lowe’s, Sam’s Club, and many others. Situated on 1.23 acres, the site reflects the newest Chipotle prototype and features a “Chipotlane” drive-thru.
Top
Latest Publications
News & Insights
Stan Johnson Company Arranges Sales of St. Vincent Medical Group Facility in Middletown, Indiana
Tulsa, Oklahoma, February 13, 2019  – Stan Johnson Company, one of the nation’s premier net lease brokerage firms, has completed the sale of a free-standing 3,800-square-foot healthcare building occupied by St. Vincent Medical Group. At 602 North 5th Street in Middletown, Indiana, the facility is strategically located 15 miles southwest of Muncie, Indiana and only one hour from Indianapolis. The property was sold by an unnamed private investor, which was represented by Senior Directors Toby Scrivner and Jeff Matulis, and Becca Kirby in Stan Johnson Company’s Tulsa office. “This was a bit of a challenging sale,” said Kirby. “Given the short-term lease remaining, some buyers were slightly uncomfortable assuming that risk, but with the absolute triple net lease structure, as well as the affiliation with Ascension Health (Moody’s: Aa2), we were able to reassure the right buyer of its long-term viability relative to the hospital’s needs in the market, which yielded an unprecedented cap rate for the seller.” The buyer was a Nevada-based private investor, and the transaction closed on February 1, 2019 for an undisclosed sum. 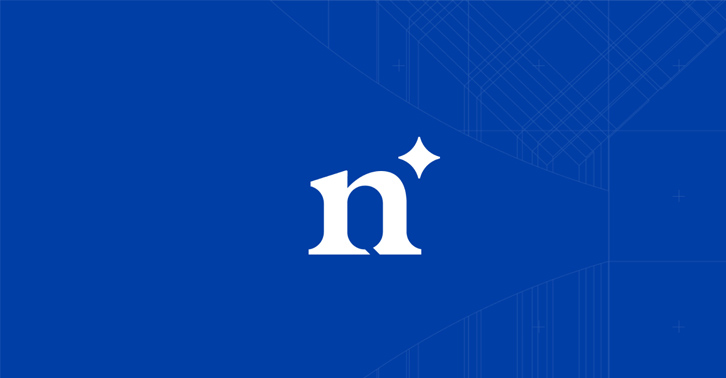 News & Insights
Stan Johnson Company Arranges Sale of 7-Eleven in Aurora, Colorado for $2.8 Million
New York, New York, February 12, 2019  – Stan Johnson Company, one of the nation’s premier net lease brokerage firms, has completed the sale of a freestanding 7-Eleven convenience store located at 3200 Chambers Road in Aurora, Colorado. The 3,010-square-foot single-tenant retail building was purchased by California-based Xanadu Properties LLC for $2.8 million on January 31, 2019. Stan Johnson Company’s Tom Georges and Jon Cohen represented the buyer. “Our client was in a 1031 exchange and was attracted to the property because of the quality of 7-Eleven’s credit, the longer lease term, and solid real estate fundamentals,” said Tom Georges, Director in Stan Johnson Company’s New York office. The seller, Dallas, Texas-based Chamber Crossing LLC, was represented by Trivanta’s Matt Scow. The property traded at a 5.12 percent cap rate and has a triple net lease in place.
News & Insights
How are Net Lease Drugstore Space Fundamentals?
In talking with Jason Powell, senior director at Stan Johnson Co., GlobeSt.com learned that a single-tenant drugstore investment can be a good option for a first-time buyer. Find out why in this EXCLUSIVE Q&A on the subject. Article originally published on globest.com by Natalie Dolce In talking with Jason Powell, senior director at Stan Johnson Co., GlobeSt.com learned that a single-tenant drugstore investment can be a good option for a first-time buyer. Find out why in this EXCLUSIVE Q&A on the subject. GlobeSt.com: How are real estate fundamentals in the net lease drugstore space today? Jason Powell: Over the past two years, the drugstore investment landscape has been changing with overall sales volume trending downward and cap rates inching upward. Looking back over the past five years, the peak sales volume, inventory absorption rate, and cap rate lows all occurred in mid- to late-2016. Based on our research, since first quarter 2017, overall drugstore transaction volume declined by approximately 40 percent, while inventory on the market for sale has increased by around 40 percent. On average, cap rates for CVS Pharmacy and Walgreens are between 18 and 33 basis points higher than they were in fourth quarter 2016, however cap rates for stores in prime locations with long-term leases have remained close to where they were in 2016. Walgreens and Rite Aid properties have been the slowest to move, as inventory has accumulated in markets where there is store overlap, creating concerns over potential store closures. What makes a single-tenant drugstore investment a good option for a first-time buyer? A single-tenant drugstore investment can be an excellent option for a first-time investor looking for stable cash flow over a long period of time (10-20 years). We are still in a low-rate environment, and a single-tenant drugstore investment can offer first-time buyers a real estate investment with a five-to-six percent annual return secured by a long-term 15+ year corporately-backed lease with multi-billion-dollar lease guarantors. Most single-tenant drugstore locations are in areas with strong demographics and high traffic counts, often at signalized intersections. With over 21,000 store locations across the U.S. (CVS Pharmacy, Walgreens, and Rite Aid), buyers tend to be more familiar and comfortable with single-tenant drugstores when compared to other national or regional retailers, office, industrial, or medical product. How does the drugstore industry differ from five years ago, from a seller’s perspective? Five years ago, inventory for sale was getting absorbed at a faster rate and transactions took less time and energy. As a seller, it’s going to take more time and patience to sell your property in today’s market, and you will need to team up with the right people to devise a sales strategy to separate your offering from the pack and get your property in front of the right prospects. It’s important to know how your property rates in comparison to other similar properties on the market, and to know what attributes are currently most important to buyers. Location, lease structure, lease term remaining, price point, and rent/sales ratios are all key components to track as you look to sell your property. Reaching that one 1031 exchange buyer who needs your price point can make the difference between a successful and unsuccessful marketing campaign. What are your predictions for 2019 and beyond? If trends continue, cap rates overall will likely rise in 2019 as sellers start discounting properties that have been listed for sale for six months or longer. However, stores in premier locations with long-term leases could see less of an impact if interest rates remain low.

News & Insights
Stan Johnson Company Completes Sale of CVS Pharmacy in Newburgh, New York for $4.8 Million
New York, New York, January 24, 2019  – Stan Johnson Company, one of the nation’s premier net lease brokerage firms, has completed the sale of a freestanding CVS Pharmacy located at 203 South Plank Road in Newburgh, New York. The 13,600-square-foot single-tenant retail building is newly constructed with a triple net lease in place. Stan Johnson Company’s David Bailey represented the seller, a private New York family office. The property was purchased by a 1031 exchange buyer for $4.8 million in mid-January. “Given the rare lease terms with CVS Pharmacy and the property’s location within the New York City MSA, we had a number of full-price offers from buyers around the country which created a perfect bidding environment,” said David Bailey, Associate Director in Stan Johnson Company’s New York office. “The result was a confidential record-setting cap rate in the state of New York for CVS.”

News & Insights
Stan Johnson Arranges Sale of Grupo Antolin Manufacturing Facility for $15.5 Million
Atlanta, Georgia, January 23, 2019  – Stan Johnson Company, one of the nation’s premier net lease brokerage firms, has completed the sale of a 276,887-square-foot industrial building that serves as a manufacturing facility for Grupo Antolin, a tier one automotive parts supplier. The heavy manufacturing property, at 18355 Enterprise Avenue in Nashville, Illinois, is strategically located near Interstate 64 outside St. Louis, Missouri. The tenant has occupied the property for 30 years and recently expanded the facility while also making multi-million-dollar investments into the site. The tenant is currently on a long-term lease. The property was sold by Illinois-based Agracel, Inc., which was represented by Stan Johnson Company’s Mike Sladich and Mollie Alteri. The property sold in mid-January for $15.5 million. “The mission-critical nature of the property and the heavy tenant investment into its manufacturing site provides comfort to the long-term passive investor with regard to the stability of their future cash flows in a way most traditional industrial facilities cannot,” said Mike Sladich, Director in Stan Johnson Company’s Atlanta office. The buyer, a private investment group out of Bluffton, South Carolina managed by David Strong and Nick Dzendzel, was represented by Jason Powell and Colin Couch, also of Stan Johnson Company’s Atlanta office. “While much of the institutional investor focus this cycle has been on core bulk distribution, there is an incredibly robust private investor appetite for manufacturing facilities,” adds Mollie Alteri, Associate Director.